Browse: Home / Why the Free Market is Superior to the State

Ludwig von Mises (1881-1973) was a prominent Austrian economist and political theorist, and is one of the most influential classical liberal thinkers of all time. His work remains incredibly significant and he is, to this day, one of the most popular libertarians of all time. His signature pieces are Human Action, The Theory of Money and Credit, Nation, State and Economy, Liberalism, and Socialism. Among his many contributions to free market economic theories include Mises’ crucial involvement in developing and popularizing the Austrian business cycle theory, praxeology, and the socialist calculation problem.

Much of Mises’ professional career was dedicated towards disputing the common train of thought that grew popular among intellectuals; collectivism and centrally planned economies. Mises and his capitalist colleagues were in the minority for the primacy of their lives, but that did not prevent them from supporting smaller, and limited, government policies.

This article will review the Socialist calculation problem, which Mises articulates in a number of his works. The premise goes as follows:

1)    In a free market prices arise out of voluntary exchange and are determined by supply and demand.

2)    Entrepreneurs use prices to determine how to efficiently allocate scarce resources.

3)    Prices act as signals in a free exchange economy.

4)    These signals are the only method by which market actors can rationally allocate resources efficiently (i.e., to best serve the tastes and preferences of the consumer).

The above explains why voluntary trade, the free market, is so crucial to efficient economic development. Mises’ theory goes on to explain why socialism must fail based on the premise laid out above:

1)    Socialism, being state owned means of production, lacks voluntary exchange because the state makes the decisions regarding the allocation of resources.

3)    Without the signals that prices provide, there is no rational method of allocating resources; any decision by the state is either based on democratic vote, the whims of politicians, or is arbitrary.

4)    Without a rational method of allocating resources, the tastes and preferences of consumer cannot be catered to.

This was it. Why was Mises’ theory new and brilliant? Why is it still important today?

Well, at the time when Mises developed the socialist calculation problem, socialism and central planning was running rampant all throughout the developed world. More and more countries were transforming their economies from ones based on free trade to ones based on state control. While socialism was gaining more and more ground among politics as well intellectuals, Mises was explaining why these groups’ ideas of socialist utopias were actually doomed to fail.

The calculation problem remains a hugely important tool in the free person’s arsenal of arguments because while completely state owned economies are not as popular as they were before the fall of the Berlin Wall, the idea of somewhat centrally planned economies is still running rampant among the developed world and the intellectual crowd. Increased regulation, increased welfare, and increased taxes are still all very popular ideas. The calculation problem is still vital to pointing out how more and more state control is not in the best interest of most people.

Mises was a revolutionary; he embraced his minority position and refused to back down to the prevailing school of thought that socialism could save mankind. He did the work to show why socialism must fail and that without free, unrestricted trade (and the resulting price system), economic progress is impossible; and was proved right. It is unfortunate, however, that he could not live to see it.

Cory Massimino is a contributor for The Libertarian. Find him on Twitter. 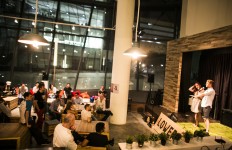 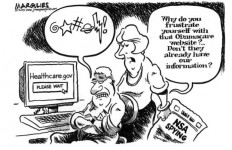