Browse: Home / #NullifyNSA: 12 US States Propose Legislation to Cut Off Support for NSA

Nearly half a year after Edward Snowden first blew the whistle on the federal government’s illegal surveillance programmes, the States are fighting back.

As reported by Truth-Out, Vermont has now become the 12th US state to propose legislation to nullify some operations and effects of the federal spying programmes conducted by the NSA.  Vermont joins Alaska, Arizona, California, Indiana, Kansas, Mississippi, Missouri, New Hampshire, Oklahoma, Tennessee, and Washington in taking this more local approach to limiting the abuse of government surveillance powers, which has only grown in popularity following the narrow failure of Rep. Justin Amash’s amendment to the defence appropriations bill in July of last year, which would have eliminated most financial support of the NSA at the federal level.

According to the text of the bill, the government of Vermont will be obligated to ”refuse to provide material support for or assist or in any way participate in the collection of a person’s electronic data or metadata by any federal agency or pursuant to any federal law, rule, regulation, or order unless the data is collected pursuant to a warrant that particularly describes the persons, places, and things to be searched or seized.”

The twelve state bills are based on model legislation produced by OffNow, a political organisation committed to restricting the operations of the NSA at the local level by material means.  Rather than limit the authority of the NSA by law, the legislative items drafted by OffNow focus on the material needs and infrastructure of the NSA itself.  In the state of Utah, for example, opponents of the NSA are pushing to physically shut off the water supply to a large bank of supercomputers used by the agency.

“That water is scheduled to be provided by the Jordan Valley River Conservancy District, ‘a political subdivision of the state of Utah.’ Because of this, a state law can be passed banning this partnership. In short, they can turn the water off.”

While the NSA may be able to source its water supplies elsewhere, this refusal of assistance by the state of Utah could create serious financial obstacles for the agency if passed.  Either way, for proponents of the bill, any resistance to the government’s surveillance programmes is worth their vote.  However, the #NullifyNSA bills are not necessarily limited to water and power supplies.  According to RT, the bills also target:

In the 13 years since the launch of the war on terror, it is not clear whether any of these invasive surveillance and security programmes have improved the security of everyday American citizens, and this may be impossible to prove.  However, it is clear that they have restricted the freedom and privacy of people in the United States and the rest of the world, soured diplomatic relations between the US and its allies, and fuelled an enormous popular movement that has brought libertarian politics to prominence all over the country. 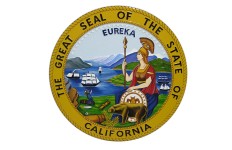