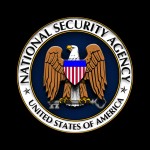 END_OF_DOCUMENT_TOKEN_TO_BE_REPLACED

The recent anti-privacy scandals surfacing in the mainstream media are both alarming and unsurprising.

One thing that’s worth mentioning is that this kind of news is very difficult to talk about accurately. Issues involving national security and surveillance are almost always classified. To have a real discussion about these things would require you to be working within the department or have access to leaked documents. So in reality, the only way the public could ever have any knowledge about such information is if it is leaked.

END_OF_DOCUMENT_TOKEN_TO_BE_REPLACED 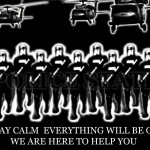 What fundamentally separates libertarianism from anarchy is the rule of law and presence of a state. Even the most extreme libertarian, the minarchist, agrees that the state has within its jurisdiction the monopoly of violence used against its citizens. (This would be the role of the police or other institutions that provide adequate law enforcement.)

A state has its borders and its monopoly of violence or use of force against its citizens. It may sound scary to “anti-statists” at first but this is ultimately what provides individuals with their freedoms. I won’t ignore that there are problems with law enforcement. Like any other government program, it is heavily flawed and frightening at times, but law enforcement is absolutely necessary to maintain order and the rule of law.

As time passes, however, the jurisdictions of law enforcement is accumulating power. What was once only a small handful of federal intelligence agencies and regional police departments is now a full on industry. Trillions of tax dollars are funding national defence and intelligence agencies. Of course the country needs to protect its people. Of course we need a military, but do we need one in practically every country in the world? Even countries who are wealthy and well capable of funding their own militaries?

Domestic agencies have increased not only in sheer number but in authority as well. Federal institutions alone include: The State Department (INR), Justice Department (FBI, DEA), Homeland Security (CGI, IA), Treasury (TFI), and the CIA and the ATF. Some of the countries most prominent industries don’t even have this many branches within their departments! Also, with the new anti-privacy laws and bills that have been recently enacted, I’m quite concerned with how many different organizations have access to my private emails, phone calls, etc.

I question whether or not it is fundamental to allocate so many different organizations to do one job: keep the people safe. Is it possible to do this without becoming a police state?