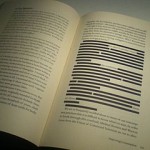 “Politically Incorrect” language, it’s everywhere. From television to classical literature. The crude, crass and insulting words and phrases are present everywhere. But what would the world be without such “hurtful” speech? Most big government officials would have you believe that the world would be a better place; Utopian almost. That people would be kinder and language would be more respectable. The reality, though, is much darker than this. A land without the freedom to insult is a land without the freedom to protest. When the peoples of a nation have lost their ability to protest government, well, it isn’t pretty. By attempting to silence harsh language, you are also attempting to legislate morality. <!-more->

The freedom to uncensored speech is as detrimental to society as air in their lungs. Who would want to live in a world without expression; where people aren’t free to create? A place where fashion, art, music, entertainment, as well as everything else is decided upon and produced by officials that don’t even know who you are. One of the greatest traits of human kind is our ingenius creativity! Our ability to transform such mundane objects into spectacular pieces of beauty! Creativity is something to be praised, not frowned upon.

“So what does insulting someone have to do with creativity?”; you ask? Well, everything really. The best example would have to be comedy. What is comedy other than revealing our faults in such a clever way that we laugh at them? Speech is exactly like family. You don’t get to pick and choose to whom you are related. With the good comes the bad. It’s something that, in order to remain free, we have to toughen up and deal with. I know I certainly don’t expect others to change their behaviour based solely on the fact that I have entered the room and may be offended by the topic of discussion. “So what?” I would ask! As adults I’m sure that the answer to being called a dirty word is not to run and tattle. I was under the impression that kind of temper tantrum was dealt with in kindergarten.

In the end all what we can really do is shrug it off or take it to heart. Either the person was simply acting very rudely, overtly so, or there might just be some truth to the statement. Why not make this an opportunity to grow, rather than make unnecessary enemies. Life is all about how you leave the world compared to how it was when you found it. Taking legal action against someone over silly bastardizations of an imprefect communication technique is every bit as ridiculous as imprisoning individuals for their fascination with exotic plant life. 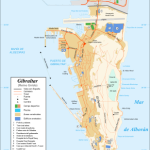 What is so important at Gibraltar? 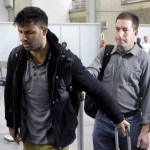 Miranda Case: Abuse of Powers Which Should Not Exist in the First Place 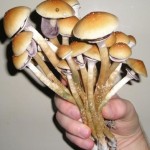