Libertarian Party candidate Robert Sarvis made an impressive showing in Tuesday’s gubernatorial election. Voters in Sarvis’ native state of Virginia chose Sarvis at a rate significantly greater than the margin between his opponents’ results.

Overall, Sarvis garnered about 6.6% of the total votes, ranging up to 10.5% in King William County, against Democratic Party candidate Terry McAuliffe’s approximately 48% and Republican Party candidate Ken Cucinelli’s showing of just over 45%. His candidacy has been accused of being a “spoiler,” in other words pulling votes from the Republican candidate and ensuring the Democrat’s victory. This might at first seem feasible from the vote totals alone. However, exit polls show that Sarvis received votes from roughly equal shares of Democrats and Republicans, and far more from self-described liberals than conservatives. In fact, Sarvis supporters were specifically asked who they would support if forced to choose one of the larger-party candidates, and 52% chose McAuliffe. In other words, had Sarvis not run, McAuliffe would likely have won by an even larger margin.

Despite earlier promising poll numbers, The Libertarian candidate was not able to capture the 10% needed to guarantee his party ballot access in the future. However, Sarvis’s results were quite impressive for a Libertarian Party candidate, or for that matter for any third party candidate. Despite being shut out of the major debates, he achieved the third-highest vote total of any Libertarian gubernatorial nominee in the party’s history, coming in second to Wisconsin’s Ed Thompson with 10.5 percent in 2002. The former lawyer and software developer surpassed the figures of the last Libertarian presidential candidate, Gary Johnson, who set the party’s new presidential record with just over 1% of the vote. Sarvis’s share of the vote was more than ten times that of this year’s New Jersey Libertarian candidate; Kenneth Kaplan took 0.6% of that state’s totals. The only previous Libertarian gubernatorial candidate in Virginia, William Redpath, took home only 0.8%, while the top record-holder remains the party’s 1982 candidate for Alaska, Dick Randolph, who managed 14.9%.

While Sarvis was attacked by some as insufficiently libertarian, he made it quite clear that he was running on key libertarian issues. Ending the War on Drugs, defending civil liberties, recognizing gay marriage, supporting gun rights, and rooting out cronyism from business regulations were repeatedly emphasized themes in his campaign. The Libertarian candidate endorsed all of these issues in the one forum with the major-party candidates which he was allowed to attend. Sarvis’s strong showing, then, demonstrates the growing influence of libertarian attitudes in one of the US’s most prosperous states. Judging from a recent study of the US as a whole, libertarianism broadly defined is actually even larger than the vote totals would indicate, with about 7% “consistent” libertarians and another 15% who “lean libertarian.” With any luck, future libertarian candidates can tap into a broader section of this newly identified base. 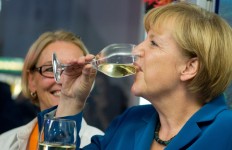