Rose Wilder Lane (1886-1968) was a journalist, novelist and political thinker. Together with Isabel Paterson and Ayn Rand, she is considered among the founding mothers of the American Libertarian movement. Together with her mother, Laura Ingalls Wilder, she created the Little House on the Prairie franchise. A staunch communist in her early adult life, she saw the folly of her beliefs after traveling the Soviet Union. She vehemently opposed all New Deal policies, unflinchingly naming it for what it was: National Socialism. Her most important libertarian work is The Discovery of Freedom, published in 1943.

“This is the nature of human energy; individuals generate it, and control it. Each person is self-controlling, and therefore responsible for his acts. Every human being, by his nature, is free.”

“The question is whether personal freedom is worth the terrible effort, the never-lifted burden and risks of self-reliance.”

“Plants and animals repeat routine, but men who are not restrained will go into the future like explorers into a new country.”

“I came out of the Soviet Union no longer a communist, because I believed in personal freedom.”

“The real protection of life and property, always and everywhere.”

On the American constitution:

“Nothing whatever but the constitutional law, the political structure, of these United States protects any American from arbitrary seizure of his property and his person, from the Gestapo and the Storm Troops, from the concentration camp, the torture chamber, the revolver at the back of his neck in a cellar.”

“It was not seen that woman’s place was in the home until she began to go out of it; the statement was a reply to an unspoken challenge, it was attempted resistance to irresistible change.”

“Anyone who says that economic security is a human right, has been too much babied. While he babbles, other men are risking and losing their lives to protect him. They are fighting the sea, fighting the land, fighting disease and insects and weather and space and time, for him, while he chatters that all men have a right to security and that some pagan god—Society, The State, The Government, The Commune—must give it to them. Let the fighting men stop fighting this inhuman earth for one hour, and he will learn how much security there is.” 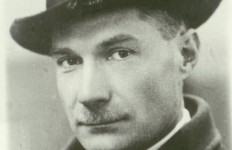 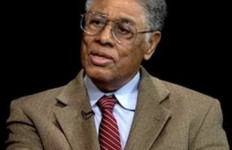