For years, Mexico has been ravaged by a brutal war between rival drug cartels that has become one of the bloodiest conflicts on the planet.  Faced with the impossible task of fighting the cartels while they are still being supported by the US government’s war on drugs, the police departments and armed forces of the Mexican government has repeatedly failed to satisfy the public’s demand for stability.  To make matters worse, when private defence providers rose to the task and armed themselves to fight off the cartels in the regions that have been most affected by the violence, state and federal authorities were quick to crack down on them, smearing them as dangerous vigilantes.   However, in a surprising turnaround, the Mexican federal government has reversed its position on private security organisations in the country, and will now allow them to operate freely.

“The self-defense forces will become institutionalized, when they are integrated into the Rural Defense Corps,” reads a statement by the Department of the Interior.

At the same time, the administration has also announced the capture of one of the top leaders of the Knights Templar cartel, which has been under siege by armed citizen’s groups since February of last year.  Mexican officials estimate the size of private armed forces in the country at around 20,000 troops, and these twin announcements this week could make for a very positive development in the government’s uphill battle to stabilise the countryside.

Private armed forces will be required to register with the Department of Defence, and will be permitted to carry weapons as long as they are registered with the Army.  The Department of the Interior’s statement adds that the military will provide private security forces with ”all the means necessary for communications, operations and movement,” indicating a high degree of integration of the vigilante movement into Mexican civil society.

Whether the shift in approach is indicative of a broader decentralisation and privatisation of Mexican security strategy remains to be seen.

See the original story on The-Libertarian.co.uk 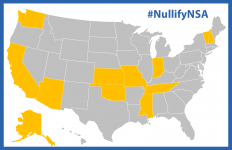 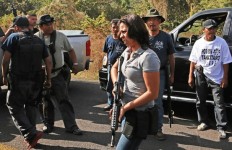