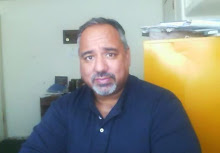 William Norman Grigg is an American journalist, freelance writer, and Christian individualist who primarily covers stories of abuses by law enforcement agencies.  Grigg was formerly an editor and contributor for the New American and is an active contributor to a number of print and digital magazines.

Abdication of the congressional responsibility for declarations of war.

1. Regarding the war-making power — which Madison described as the greatest of all “enemies of public freedom” — conservatives sound a great deal like FDR, who dismissed constitutional limitations on federal power as the archaic residue of “horse-and-buggy thinking.”

On the Bush administrations mismanagement of the Iraq war.

2. As the Iraq war ripens into the largest strategic catastrophe in our nation’s history, dead-enders among the Bu’ushist faithful confront a sobering question. No, that question is not how to extricate our nation from the Mesopotamian morass, but rather how to deal with internal dissent.

On the treatment of alleged war criminals.

3. If Manning had been a war criminal, rather than an honorable soldier who exposed war crimes, his pre-trial confinement would have led to dismissal of the charges against him – or his sentence being overturned.

(Committing War Crimes is a Duty; Reporting Them is a Felony).

On the abuse of civil rights for issues of expedience.

4. The seminal error is to insist on exceptions to the principle that government – assuming, of course, that one should be permitted to exist – must be strictly limited to protecting the life, liberty, and property of every individual.

(The Borders Are Closing In).

5. Every invasion of individual rights happens with the eager support of people acting in the sincere and thoroughly mistaken confidence that what they permit the state to do to others will never be done to them.

7. Thousands of Americans, both young and not-so-young, have been left dead, limbless, sightless, or mindless because of the actions of soft-handed, soft-bellied servants of the State. That same ruling elite is quietly preparing to re-instate the draft, now that the pool of willing enlistees is drying up. Just as it happened almost a century ago, the drive to re-institute conscription – which is to say, War Communism – is shielded by a curtain of blasé assurances from the political class, and pseudo-populist rhetoric from George Creel’s contemporary disciples.

8. The imperial military is already trapped in Iraq and Afghanistan, and our rulers are doing their considerable best to entangle it in Iran. And now, rather than trying to get free of those snares, Washington is doing what it can to bring on the wolves.

9. The only principled approach to dealing with the fusion centers, and the entire Soviet-style “Homeland Security” apparatus, is to agitate for its abolition, rather than helping to consolidate the power of that apparatus by treating it as legitimate in any sense.

10. But all of this begs the following question: Where, exactly, does the “constitutional authority to take a life” come from, if it doesn’t inhere in each individual, and the people at large? What mystical property of the state permits it to summon that “right” into existence, and by what principle of justice does the state confer it exclusively on its own armed enforcers?

David Kilcullen: The Future of Warfare→ 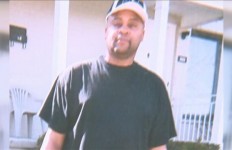