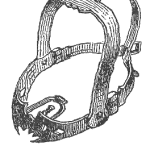 Karen Seddon is a PhD candidate at the University of Manchester School of Law. Her research focuses on finding a purely rational, and not value-ridden, basis for law-making.

First, let me be clear what this blog is not about. It is not about cyber-bullying; cyber-stalking; the posing of serious threats; the incitement of violence or hacking offences. There is a disorientating abundance of laws protecting individuals from these offences, including the Protection from Harassment Act 1997; The Public Order Act 1986; the Crime and Disorder Act 1998; the Criminal Law Act 1977 and the Malicious Communications Act 1988. Case law has even extended Actual Bodily Harm to include psychological harm (R v Ireland), so I am not asking you to have in mind the misery-inducing teenagers that victimise classmates online.

Section 127(1)(a) of the Communications Act is used, according to CPS guidelines, as “an alternative to such crimes.” It creates an offence to send “by means of a public electronic communications network a message or other matter that is grossly offensive or of an indecent, obscene or menacing character.”

The Act was passed three years before the launch of Twitter, but social media sites have since been held by judges to fall into the category of ‘public’.

So with that now settled, how does the average punter decide whether his Facebook status rant on the latest political scandal is menacing, or whether her joke about the sexual exploits of fluffy bunnies was obscene? The short answer is that you don’t decide. The government, the police, the DPP, the CPS and Judges get to decide. In other words, the State decides what you can and cannot say. Yes, the State, who depend on the People for their power, are deciding what the People can and cannot say.

19 year old Matthew Woods was convicted of a s127 offence. Drunk and ‘inspired’ by the great laughs he was having with his little self on the Sikipedia website, he trolled an RIP status dedicated to April Jones and made remarks truly within the definition of ‘grossly offensive’, no matter how subjective the interpretation. He was duly convicted and sent to prison.

One might also regard as grossly offensive the twitter post by comedian Frankie Boyle, that “Jimmy Saville did an incredible amount of charity work towards the end of his life, just to be sure he could shag Madeleine McCann in heaven.” He received a few insults from his Twiterees, many of which were tongue in cheek. He was not convicted, or even charged.

So how do we reconcile what happened to the imprisoned Woods who, even on release, will have a lifelong criminal record for making heinous comments about a missing child, and Boyle who remains at large and unaffected for precisely the same kind of grossly offensive message? This is important, not just because the one is treated more harshly than the other, but because as laws addressees, we need to know what is lawful and what is not.

My concern, and the main purpose for writing this blog, is that one of the main reasons Boyle, and other comedians, have escaped police attention, is that their grossly offensive remarks were made in jest. My concern is not a direct one. I am personally of the view that “I was only joking” is at least a partial defence to breach of social rules around obscenity and offensive speech. Nevertheless, whether I accept humour as an excuse for causing offence to me is up to me, not the State.

Others wouldn’t and that is up to them. There was, for example, grave concern among many members of the public when Jimmy Carr made a sick joke that all these injured soldiers in Iraq and Afghanistan would make a great GB Paralympics team. He made a public apology for any offence caused. Ricky Gervais has made jokes about children with Downs syndrome and about Anne Frank. He was made to explain himself in TV and radio interviews.

So whether or not you or I accept the joke as excusatory, as a community we deal with offensive jokes in the same way that we deal with all offensive speech. It is publicly challenged and derided. Social media sites and users can block trolls. TV documentaries, and very often stand-up comedians, expose idiotic political and social views as stupid or pitiable.

There is just no need or justification for the State to decide what we can and cannot say without consequence. We can do that ourselves.

It is also concerning that serious views are singled out for criminalisation. It is concerning for two reasons. First, it is the serious, grossly offensive views that are most usefully out in the open and not hidden away to fester behind friendly faces. If a person has obscene or grossly offensive views about Asian immigrants; lesbian- led families; the ‘evil’ West or wheelchair users, for example, I want to know. I want a choice in whether I deal with that person; whether I employ them; whether they run my local cubs group or whether I want David Cameron to appoint her as Equalities secretary.

More than that, openly expressed offensive views can be challenged and debated. Standards for social acceptance can be set and altered. They can be developed and used to shape the future. Many found the Suffragettes to be obscene and offensive, and by the same token, the use of free speech by the National Front ensures that its successors are not taken seriously by anyone with a brain between their ears.

Secondly, the criteria for deciding what is grossly offensive, obscene or menacing involves making value judgments. Those judgments belong to us. For example, I personally find the views of those wishing to deport all immigrants to be grossly offensive and many of those views are expressed in a menacing manner. I find the insinuation that children of same-sex parents are better off in care to be grossly offensive. When a rich and influential person labels an ordinary man doing his job as a pleb, I think that is obscene. I’ve been in enough scrapes myself on social media sites to know that some consider my liberal stance to be deeply offensive and certainly menacing to their view of the world.

That the views I have just described are not within the scope of s127 is just a matter of opinion – the opinion of the State. That serious views alone are the object of s127 raises big questions about the intentions of those wishing to criminalise only seriously stated unpopular or challenging speech, ‘those’ being the State.

Because, if protection of grossly offended victims was the intention of Parliament when the bill was enacted under Labour, there can be no exceptions for sick jokes, as the media coverage on Carr and Gervais attests.

Of course, the Act itself does not make exceptions for sick jokes, but s127 does seem to be interpreted as not pertaining to attempts at humour. Paul Chambers was convicted under s127, after he joked on Twitter that he would blow up the airport when it closed on the day he desperately wanted to fly to see his girlfriend.

His conviction was eventually overturned on appeal as the message was not of a menacing nature. The court was not asked to consider mens rea (intent), but obitercomments included “… if he may have intended the message as…a poor joke in bad taste, it is unlikely that the mens rea required before conviction…will be established.” In other words, if he didn’t really mean what he said, then no matter how menacing or offensive the speech, it is not criminal. Why isn’t it? Surely, the mens rea for an offence of verbal offensiveness is that the person intended to be offensive, not that he believed the statement to be true. People who enjoy sick humour, enjoy it because it is offensive. If it wasn’t offensive, it wouldn’t be sick humour. The same goes for a message of a menacing nature.

Nevertheless, although disgusting comments by Daniel Thomas about the sexuality of olympic diver Tom Daly led to his arrest under s127, prosecution was not forthcoming as his comments were considered by Keith Starmer in his DPP statement as “…a misguided attempt at humour.” Starmer promises public consultation and new guidelines on the offence. It is expected these will make exceptions for humorous remarks.

One who could not claim to have been joking, was Yorkshireman Azhar Ahmed. His comment that ‘all soldiers should die and go to hell’ was part of his angry rant about forgotten civilian deaths and his political anti-war stance. He regretted the comment as soon as he realised he had caused offence, and removed it within 20 minutes, before posting more than 5 apologies to offended Facebook users.

Notwithstanding his obvious remorse, the grossly offensive comment he made was political. The State criminalised his political statement. Had he made the same comment in jest, would he still have a clean criminal record?

EDL supporter, Kenneth Holden also has a s127 conviction for his political rants about Muslims. Since prosecutors can simply point to a screen shot of the evidence, Holden, like most clients charged with a s127 offence, pleaded guilty.

It was said by a British judge, even 25 years before the Human Rights Act came into force, that the right to freedom of expression includes the right to express opinions “…that offend, shock or disturb the state or any sector of the population” (Handyside v UK [1976]). No distinction was made between seriously and humorously stated opinions. We seem since to have forgotten the difference between “I find that offensive and so I am going to block you” and “We, the State, find that offensive, so we are sending you to prison…unless you are joking.”