David D. Friedman (1945- ) is an American economist, physicist, legal theorist, and libertarian philosopher.  He is the son of the late Milton Friedman and the father of libertarian activist Patri Friedman.  David Friedman is has written a number of works on the subject of market anarchism and social theory.

1. “The direct use of physical force is so poor a solution to the problem of limited resources that it is commonly employed only by small children and great nations.” The Machinery of Freedom.

2. “I predict that, if anarcho-capitalist institutions appeared in this country tomorrow, heroin would be legal in New York and illegal in most other places.” The Machinery of Freedom.

4. “Property rights are not the rights of property; they are the rights of humans with regard to property. They are a particular kind of human right.” The Machinery of Freedom.

5. “Legal rules are to be judged by the structure of incentives they establish and the consequences of people altering their behavior in response to those incentive.” Law’s Order: What Economics Has to Do With Law and Why It Matters.

6. “If territory goes to the nation which values it most as a source of revenue, nations will be shaped to maximize joint revenue, net of collection costs. Trade, as a major potential revenue source, should imply large nations; rent should imply small nations; and labor should imply that nations will have closed boundaries or be culturally homogeneous (to maximize exit costs).”  A Theory of the Size and Shape of Nations.

7. “Only human values affect human action. Since I am interested in comparing the results of different population policies with each other, not with some divine ideal, and since all of the alternative policies depend on the decisions, and hence the values, of humans (whether politicians or parents) for their implementation, I can ignore any value that is not of value to someone; no policy will achieve it, except by accident. If there exist ends that matter not at all to persons but are of transcendental importance in the eyes of God, God will have to take care of them Himself, This essay is addressed to more mundane readers.”  Laissez-Faire in Population.

8. “What, if anything, does natural property have to do with what ought to be? That depends on what normative account one accepts. For those of us who accept a libertarian account, in which the underlying right is my right to own myself and whatever I have obtained by voluntary agreement with others who own it, the connection is immediate. Self ownership is both a moral axiom and a technological fact. Voluntary exchange is both a morally legitimate way of altering the pattern of ownership and, if my account of bargaining from the state of nature is correct, a technologically possible way (although not necessarily the only such) of altering a Schelling point and thus an equilibrium.” A Positive Account of Property Rights.

9. “The version of libertarianism that I refer to as the hard line natural rights position holds that individuals have an absolute right to themselves and their property, hence that any violation for any purpose is wrong. Obvious implications are that it is wrong to collect taxes for any purpose or for a starving man to steal a loaf of bread. It is a position that many libertarians not only agree with but view as defining libertarianism.” Hard Line Natural Rights: Alternatives To.

10. “There remains a strong argument for the right to bear arms, different from but related to its original function. People who are unable to protect themselves are dependent for protection on the police. The more dependent people are on the police, the more willing they are to tolerate, even support, increased police power. Hence disarming the population makes possible increased levels of government power and the misuse thereof, although for a somewhat different reason than in the 18th century. Which is an argument against restrictions on the private ownership of firearms.” The Second Amendment in the 21st Century. 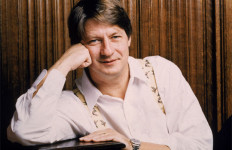