Derivatives have always been a tricky subject for people to understand. Though, you don’t really have to for the purpose of this article, I think I should explain it anyway. A derivative is a type of financial instrument or security, like a bond or a stock, that is priced based on its underlying asset(s). The derivative itself is a contract between two or more parties about any particular asset, the value is generated through fluctuations between the asset price.

Derivatives can be agreements about any asset; currencies, commodities, stocks, bonds, etc. You might be wondering why don’t people just invest in those assets instead of agreements that derive on the asset? Derivatives were established in the first place to even out corporate or individual losses when they trade or exchange goods. If you want to understand why people trade derivatives, they have mutual benefits for both parties that agree to sign into them if all goes well. A slight flicker lower for the asset price, however, and the investor could lose lots of money. In other words, derivatives are highly volatile financial instruments that should only be bought by those who, not only understand what they’re doing, but can afford to lose if or when things go badly.

If you didn’t completely understand it, that’s okay, the point I’m trying to make here is that there are efforts now to regulate the industry which has been blamed often for the cause of the Great Recession. The problem is that regulators have a hard time pinpointing exactly how this obscure market could be regulated at all.

Some banks aren’t necessarily producing accurate reports. According to the Wall Street Journal:

The area of greatest concern remains firms’ inability to consistently produce high-quality data on a regular basis, according to the report. Incomplete data and timely reporting on counterparty risk during the early stages of the financial crisis hampered banks’ abilities to allay risk.

Banks aren’t being completely honest when they report their trading activity. This is a major obstacle regulators face when they take initiative to manage and organize derivative markets. Banks also argue that it is too costly and time-consuming to accurately report all that data on hand regarding derivatives. Not only is it difficult to obtain information about how banks use them, but it is also hard to find who owns them on the other side of the bi-lateral contract! In periods of financial stress, finding who Party B is in the security is like finding a needle in a haystack with a candle, as Guerrera from WSJ puts it.

Why not get rid of derivatives altogether? Its a tempting idea but doing so would leave so many businesses vulnerable to inequitable losses from transactions. Some would argue that if the parties involved are willing to take the risk, there is nothing wrong with the activity so long as it doesn’t punish those who aren’t involved. That argument is naive however because, in a system as fluid and encompassing as the global economy, one decision affects hundreds of people.

Whether or not derivatives should be regulated isn’t the question we should be asking ourselves. A better thing to ask ourselves is, can it be done?

Nazzy S. is an editor for The Libertarian and blogger for The Midnight Zone. Find her on Twitter.

Disclosure: The author does not own any derivatives. The above article should not under any circumstances be taken as investment advice, please do your own due diligence before putting your money into any financial securities. 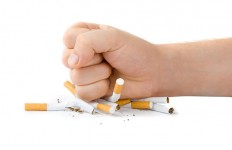 Reflections on the EU Puritans’ Petty War on Smoking→

The Next Great Recession→