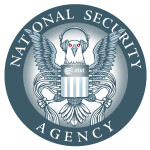 You may be tired of hearing about it, but the US National Security Agency’s collection of the metadata of Americans’ communications is a very concerning issue and it deserves more media attention. An American grassroots movement that seeks to strengthen the Fourth Amendment to the US Constitution, Restore the Fourth, was founded just this year in response to the NSA domestic spying revelations. Already thousands of people have held protests across dozens of cities on the 4th of July as part of this movement. But while this has brought some attention to the issue, the overall coverage of domestic surveillance continues to decline, and the topic is not being treated with the seriousness it deserves.

Beginning on the sixth of June, several news outlets, including the British source The Guardian, have been publishing exposés on the subject. Documents leaked by Edward Snowden, former technical contractor for the NSA, exposed how the government conducts warrantless surveillance on all Americans using systems such as PRISM. They have discussed how the NSA has received the assistance of the governments of Australia and New Zealand in these activities. According to Snowden, not only Australia and New Zealand but also Canada and the UK are part of an intelligence sharing network with the US, known as the “Five Eyes.” The US’s partners in the Five Eyes allegedly go even further in some of their mass surveillance efforts than the NSA itself. The security agency has apparently also been active in Germany, where they have gained access to an estimated 500 million communications a month. They have even penetrated secure communications networks in the offices of the EU.

While there have been many smaller protests since the beginning of the Restore the Fourth movement, the US overall seems to be forgetting about the issue. A search for “National Security Agency” on Google brings up about 324 million results, while a search for “Edward Snowden” brings up 465 million. On startpage.com, the figures are approximately 187 million and 246 million respectively. A search for PRISM shows a mere 53 million results, or 9 million on Startpage. This suggests there has been more focus on Snowden himself than there is on the actual problem he exposed. Numerous petty personal attacks on Snowden in the mainstream media support this interpretation.

Ai Weiwei, Chinese artist and dissident, says in an article in The Guardian entitled “The U.S. is behaving like China” that it would be “shocking if American citizens allow this to continue.” Unfortunately, to this day the government continues to use programs like PRISM and Boundless Informant to mine citizens’ data, and challenges to the program have not yet been successful.

Recently, a bill drafted by libertarian-leaning Republican Representative Justin Amash of Michigan, which would have ended the mass collection of phone records, was voted on in the US House of Representatives. It lost in a 205-217 vote. Although it would have almost surely been vetoed by President Obama, it would have been a powerful statement against this program. Civil libertarians should certainly not lose hope, however. Not only did the closeness of the vote make a statement in itself, there have been several proposals made recently in congress aimed at reducing the secrecy surrounding these programs. Senator Rand Paul has introduced the farther-reaching Fourth Amendment Restoration Act.

The topic, though, must be kept in the public consciousness if we are to achieve any serious reform. In the words of George Santayana “Those who cannot remember the past are condemned to repeat it.” We should not let domestic spying be so easily consigned to the past in the public imagination, lest such behavior is repeated indefinitely. 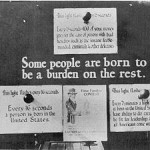 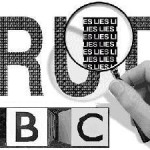