My wife and I took our five year-old granddaughter, Vera, to see “The Lego Movie,” whose posters and trailers display cute little Lego people having adventures.  Vera expected Care Bears but instead got Adult Ideology 101.   We loved much of the satirical content; conformist Lego people sing “Everything is Awesome” on the way to work, and the craftsmanship of the Australian animation company, Animal Logic, was jaw-dropping. However, I wonder if we would have taken Vera to the movie if the reviews had accurately described it as a mélange of Ayn Rand novels. In particular, the film seemed to borrow from “Atlas Shrugged,” about a rebellion of the creative, productive class against a collectivist, authoritarian regime, and “The Fountainhead,” about creative architects who battle conservative notions of architecture and a similarly repressive, anti-individualist establishment.

Parents can perhaps be forgiven for taking their kids to The Lego Movie.  Though it is rated PG, it is not necessarily a kids’ movie. Per A.O Scott of The New York Times: “Pop-culture jokes ricochet off the heads of younger viewers to tickle the world-weary adults in the audience, with just enough sentimental goo applied at the end to unite the generations- parents will dab their eyes while the kids roll theirs…”

But Vera did not so much roll her eyes as squeeze them shut in terror, along with dozens of other children in the theater, as “Lord Business,” an evil Lego tyrant, becomes threateningly tall with the addition of Lego leg extenders, and proceeds to scare and crush to death the little Lego Master Builders, representing the creative class.

The Master Builders follow their leader Emmet, a self-effacing and ordinary Lego guy who was thrust into leadership by a prophecy. Like the architect protagonist Howard Roark in The Fountainhead, Emmet works as a construction worker for a period of time, and the Master Builders’ connection with architecture and productivity is obvious enough from their name.  They attempt to stop Lord Business from gluing the universe together (with literal glue) in order to stop all innovation and individuality.  We had to continually explain to Vera that Lord Business hated the little Lego guys because they could build cities their own way, without Lord Business’ help.  Therefore Lord Business had to kill all the cute Lego guys, or glue them into a nightmarish static form for all eternity, presumably out of spite.  On its surface, that is not a story that you would expect to resonate with preschool students who, although they might object to going to bed at 7:00 p.m. or eating their spinach, have not yet developed a libertarian ideology to back up these objections.

I might recommend the movie for its adult, intellectual content, except for the accentuation of color, sound and violence that largely obscures the narrative and may cause headache in adults.

Even if a noise-weary adult could follow the ideological content, that content is often contradictory and/or obscure.  First of all, there is some cognitive dissonance in what is essentially a 100 minute Lego commercial casting Lord Business as the antagonist. A Bloomberg News report mentions that Lego A/S (a Danish company) is valued at up to $17 billion and has overtaken Mattel ($14.4 billion) as the world’s top-grossing toy maker.  Lord Business indeed!

This apparent contradiction highlights the movie’s confused perception of business itself.  Why would Lord Business, acting presumably on behalf of business and profit, want to stifle creativity?  Is not profit derived from sales, and are not sales in a competitive marketplace dependent on innovation? Making a symbol of business simultaneously a symbol of capricious tyranny is certainly not consistent with the Ayn Rand-like themes already mentioned.

Other salient themes in The Lego Movie are spirituality and the feminine role in male creativity- interesting themes if  only they were bolstered by the other themes.

The prophecy involving Emmet brings in the spiritual element.  I’m defining “spirituality” as “the impact on human life of forces which humans cannot fully understand.”  It’s an important concept in this scientific age in which it is a given that the human species is destined to understand and control everything.  Any story using such an element of spirituality, as The Lego movie does with the prophecy, is presenting a universe in which unexplained and uncontrolled forces can control human (or Lego) lives.  That complicates the message of individualism and free will.

While a novelist may worry about compatibility between themes and ideologies, movie companies, like Warner Brothers, producers of The Lego Movie, do not lose sleep over such concerns.  Most likely the screenplay was subjected to demographic studies which compared the prospective box office take for an adult audience versus the take for a “family” audience, and found the latter more lucrative.  I can just hear someone in marketing saying, “Let’s throw in some magic and a wizard; kids love magic and wizards!”

Feminists might cheer the role of women in The Lego Movie.  Unlike Rand’s depictions of male creative heroes, who are supported by female lovers and hangers-on, Emmet is clueless about the prophecy and everything else until a Lego girl named Wyldstyle shows him the way.  Vera needed no assistance following that theme.

Going against the positive trend of most reviews, I’ll have to give The Lego Movie a thumbs-down, for both children and adults. The technique and craftsmanship are state-of-the-art, and the satirical content is often engaging.  But the movie’s elements seem thrown together simply to achieve the maximum ticket sales. Although it was successful in this regard, bringing in $69 million in its opening weekend, the film’s thematic content is muddled.  It’s time for movie makers to put some distance between marketing departments and writers.  The movie is packaged as a kids’ movie to bring in kids, while adult satire and ideological themes are inconsistently thrown in to draw adults. The Lego Movie shows that this is not a good mix.

Doug Lasken is a retired LA Unified teacher, recently returned to coach debate, a freelancer and education consultant. Read his blog athttp://laskenlog.blogspot.com/ and write him at [email protected]. 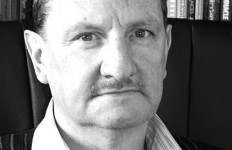 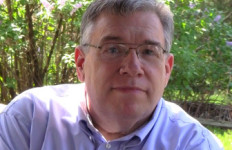 Why Catholics Should Be Libertarian→