Ludwig von Mises was a late 19th and early 20th century economist known best for his contributions to the Austrian school of economics, as well as his hugely influential treatise, Human Action.

1. Whoever wants peace among nations must seek to limit the state and its influence most strictly.

Mises realized peace among men is the deciding factor for increasing the standard of living of human civilization in the long run, and that is best achieved with a minimal state.

2. Government is essentially the negation of liberty.

Government, by its very nature, is a coercive institution which is inherently in opposition to personal liberty.

3. Full government control of all activities of the individual is virtually the goal of both national parties.

Even during Mises’ time the two major parties were both masquerading as different, but at their core, statist.

4. True, governments can reduce the rate of interest in the short run. They can issue additional paper money. They can open the way to credit expansion by the banks. They can thus create an artificial boom and the appearance of prosperity. But such a boom is bound to collapse soon or late and to bring about a depression.

This is a brief description of Austrian business cycle theory, which Mises had contributed much to.

5. The real bosses under capitalism are the consumers.
The companies and entrepreneurs are ultimately at the whim of the consumers, for whom they serve.

6. Capitalism gave the world what it needed, a higher standard of living for a steadily increasing number of people.

History shows capitalism was and is responsible for the enormous increases in human standard of living.

7. The issue is always the same: the government or the market. There is no third solution.

Mises argued there was no middle ground and that “mixed economies” are only temporary; there is only socialism or capitalism.

8. If one rejects laissez faire on account of man’s fallibility and moral weakness, one must for the same reason also reject every kind of government action.

Elected officials are not angels with the people’s best interest at heart any more than entrepreneurs are.

Mises argued socialism was doomed to fail and that social cooperation was impossible without the private means of production.

10. The worst evils which mankind has ever had to endure were inflicted by bad governments.

Mises acknowledged the tyrannical tendencies of states and how concentrated power is easily abused.

Since Mises has so many great quotes I couldn’t keep it to just 10. Here is a bonus one!

Mises’ action axiom is the basis for all of praxeology, the study of human action.

Ludwig von Mises is one of the most influential libertarian thinkers of all time. Praxeology, the Austrian business cycle and the socialist calculation problem are just a few of his remarkable contributions to economics, philosophy, and political theory. Even if you don’t agree with all of his beliefs, it’s difficult not to recognize him as one of the greatest economists of all time. 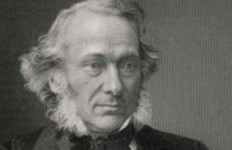 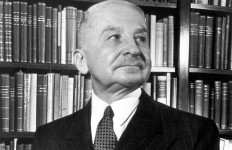