Young adult actress Miley Cyrus, who stirred up plenty of controversy with her music video “Wrecking Ball” and her VMA performance in 2013, has been banned from daytime TV in France.

A French broadcast watchdog, Conseil Supérieur de l’Audiovisuel (CSA) decided that Cyrus’s video is only permitted to be shown on TV after 10PM. The primary reason behind this is that Cyrus’s performance is too risqué for younger audiences, thus measures should be established to gear such programming towards adult audiences.

Cyrus is not alone in this, Britney Spears’s new video “Work B**ch” has also been banned in the UK and France before 10PM for regularly using the word “bitch”.

Does the responsibility in preventing young audiences from watching inappropriate TV shows lie with broadcasters in offices or parents? A truly free society would instead encourage parents to take responsibility for what their children can and cannot watch. That way, other individuals are not seeing their freedoms infringed upon; they can continue watch whatever they want and whenever they want. Parents, meanwhile, who hopefully know their kids better than broadcasters, and maintain the interest of protecting their children, can decide what would be best for their them.

Another reason why this new rule is ineffective is because all of these music videos and celebrities are dominating the content on the most popular websites on the Internet, like YouTube and Twitter, where young people are more likely to go to for entertainment, as opposed to TV. Parents, then, have the option of putting parental blocks on what their children can watch online.

There are much more effective alternatives to unanimously restricting speech and press.

Nazzy S. is an editor for The Libertarian and blogger at The Midnight Zone. Find her on Twitter. 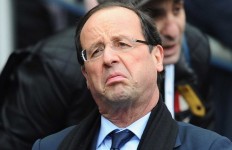 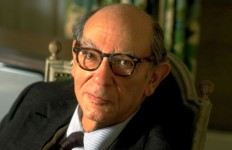