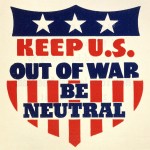 Many critics of the libertarian movement criticize our foreign policy as being “isolationist.” They say we believe in cutting ourselves off from the rest of the world. Meanwhile, they suggest we need hyper-interventionist policies, for we need to embrace our role as the greatest and most powerful nation on earth, as if the only way to demonstrate this is to invade foreign countries. But the myth that libertarianism is isolationist is as far as can be from the truth. A better word to describe our beliefs on how to deal with the rest of the globe would be “non-interventionist.” America should adopt a policy of non-interventionism, because it would eliminate negative reactions to our intervention from various nations without costing us a dime.

True isolationism violates the core beliefs of libertarianism because, among other things, it bars free trade. Isolationist doctrine consists of two policies. On one hand, it includes non-interventionism, the belief that governments should avoid alliances with other nations, as well as avoiding all wars, except in self-defense. This healthy policy, introduced into American politics by Thomas Paine, in his essay Common Sense,, prevents us from getting caught up with the complicated affairs of other countries. On the other hand, however, isolationism includes protectionism, the belief that there should be legal barriers controlling trade and cultural exchange. Protectionists support tariffs, embargoes, sanctions, and many other kinds of government meddling in the exchange of goods and wealth between countries.

Protectionism violates the principles of economic and social freedom. It should be a basic right of any American citizen to freely trade, travel, and peacefully interact with any country in any way he or she pleases.

At a more practical level, the problem with protectionism is that it just doesn’t protect. Take, for example, tariffs on imported goods. Say the government imposes a tariff on foreign automobiles, shielding American carmakers from foreign competition. If an American car is $30,000, and an otherwise comparable foreign car is $25,000, a tariff of $5,000 might be placed on foreign cars to even out prices. It could be argued that the government is protecting the American automobile industry by giving consumers an incentive to buy American.

However, America is not actually being benefited, nor is our economy being protected. The only thing this does is tax every U.S. citizen who wants to buy a foreign car an extra $5,000. The hypothetical foreign car is produced more efficiently; it is of equal quality yet produced more cheaply. Producers should, and otherwise would, be rewarded by the market for such achievements. Consumers would be able to recognize such an accomplishment simply by noticing the lower cost for essentially the same product. The more efficient producer would then attract more customers.

Such “price signals,” as they are known, create a vital incentive to improve efficiency, but the tariff would remove the appropriate price signal to consumers. By interfering with competition in this way, the government insures that American consumers will pay higher prices than necessary. Foreign companies will also receive less benefit from improving the efficiency of their production, and thus have less incentive to invest in such improvements. Domestic producers, then, will not need to compete with foreign producers on an equal footing. Without this competitive pressure, they too will be less likely to improve efficiency. The end result of any nation sheltering its industries from the competition of any other nation is less efficient industry and higher prices for the consumer.

Libertarian foreign policy is that of the Founding Fathers. In his first inaugural address, Thomas Jefferson called for “peace, commerce, and honest friendship with all nations, entangling alliances with none.” These early Americans’ support for such a method of interaction with other countries is often dismissed as irrelevant with the excuse, “They lived in much simpler times.” It is easy to denigrate the wisdom of the past in this way, but it is not as easy to actually justify the policies that we operate under today.

As a Christian Libertarian, I like to point out the opinion that the medieval theologian Saint Thomas Aquinas, arguably one of the greatest thinkers in the history of the Christian faith, had on foreign military intervention. As Ron Paul writes in The Revolution: A Manifesto, there were certain conditions that Aquinas believed were necessary for a just war. His theological predecessors during the Roman Empire, Saint Ambrose and Saint Augustine, agreed with these views. The war in Iraq, Paul writes, did not fulfill those criteria. First, there was no act of aggression on the part of Iraq. “We are 6,000 miles away from Iraq,” Paul writes, so they hardly posed a credible threat. The stories we were told about unmanned drones were, to say the least, not especially plausible. Secondly, diplomatic solutions had not been exhausted. “They had hardly been tried,” Paul goes on to write.

It should come as no surprise to Americans that negative consequences could arise as a result of disregarding these restrictions. Various other US interventions have produced terrible “blowback,” the CIA term for unintended negative consequences for the US caused by their covert interference in other countries. U.S. lawmakers should reconsider their actions and the reactions that result if they seriously wish to protect our nation. 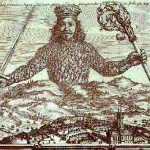