With the case of Azelle Rodney’s 2005 killing at the hands of a police officer making headlines this week, the issue of police brutality is coming under renewed scrutiny in the eyes of the British public. After being pulled over by police in the north of London, a man by the name of Azelle Rodney was fatally shot six times in his car by a police officer, known only to the media as ‘E7’, who claims to have thought the deceased was reaching for a sub-machine gun. Not surprisingly, investigators found that Rodney was holding no such weapons at the time of the shooting.

“There was no lawful justification for shooting Azelle Rodney so as to kill him,” states High Court judge Sir Christopher Holland, in his report on the unlawful killing. “[The officer’s] accounts of what he saw are not to be accepted.”

Despite this resounding condemnation of police behaviour, the Metropolitan Police are supporting a legal challenge against the findings of the inquiry that produced it, with Commissioner Hogan-Howe claiming that “another judge has to look at this case.”

While tragic, the death of Azelle Rodney is only the tip of the iceberg of police brutality in Britain. Since 2004, as many as 827 people have died during or after contact with the police, reports Koos Couvee at OpenDemocracy.net. Several verdicts of ‘unlawful killing’ have been handed down in these cases, including Rodney’s, though to date there has not been a single police officer convicted in connection with them. What is holding back justice here?

The Independent Police Complaints Commission (IPCC), officially tasked with maintaining public confidence in the system of complaints against police in the UK, may be part of the problem. With its statement of purpose more resembling that of a PR firm than a check on police power, the IPCC has consistently taken the sides of the officers it investigates over the victims and families of victims seeking its help. Given that 80% of senior investigators at the IPCC are former police officers, this crippling bias should not come as a surprise. Despite its budget of £32.5 million and staff of 400 employees, the organisation is also powerless to fulfill its duties even where it does attempt to do so. The IPCC does not have the authority to compel police officers to give evidence, and often only arrives on scene several hours after reported killings occurred.

The current system of police-investigating-police has been blasted by critics as being an unjust and insufficient check on government power. Without independent investigators, the public can have no guarantee that complaints of police abuse will be handled fairly and objectively. Without the authority to summon police officers to court or require them to give evidence, even independent investigators will be unable to prosecute abuses by Britain’s police forces. Moving forward, policymakers must provide greater and more independent oversight of police action, employing more reliable watchdog organisations than the corrupt and ineffectual IPCC.

At Inquest, an organisation devoted to providing support to bereaved families in cases of contentious deaths, with a special focus on deaths in police custody, this need for improved and unbiased oversight is well understood. “Independence at the outset of such investigations is vital to assuage public concerns about cover-ups, lost evidence and subsequent decisions on criminal and disciplinary action,” says Deborah Coles, codirector of Inquest.

If the rampant abuse of police power in Britain is ever to be stopped, MPs would do well to take Mrs. Coles’ advice.

IPCC are sticking to their guns and their models→ 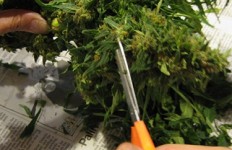 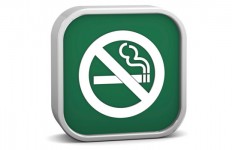