Some Conservatives argue that children belong to their parents. They tend to emphasis this point so much that it seems they treat children almost as objects that could be possessed. The explanation is simple - since it was parents who conceived a child, only they know what is good for him or her. Thus, only they are entitled to decide about his or her future and the state must not interfere. On the other hand, leftists claim that children belong to the state. They seem to consider children ‘common good’ that should be beyond sole parental control.

The libertarian approach must reject both these claims. Contrary to popular belief, this is not a two-dimensional matter. It is not the question of the balance between the parental rights and state regulations only. It is the three-dimensional issue comprising parents, the state and children themselves. The balance must be found between all three elements.

It is undeniable that parents have inherent rights in relation to their children. They can bring them up in chosen confession, send to certain schools, etc. Parental rights are the major power in relation to children. However, this power is not absolute. The Conservative views operate on the assumption that parents are responsible and would never hurt their children. Unfortunately this is not always the case. There are good and bad parents. Their inherent rights and control over the child is permitted as long as they care for the child’s welfare. It seems that as soon as they become unable to look after the child, they lose the legitimacy and the state has right to intervene. The obvious example would neglectful supervision or even abuse. It is unthinkable to defend the position that even then parents should be in total control of the child. Let’s image a situation in which parents decided not to send the child to school and thereby ruin his or her future. Parents should have discretion as to when their child goes to school but the question whether it should seems to be beyond their power. It might be even a case of medical procedure which the child needs in order to survive but for some reasons, religious perhaps, parents refuse their consent. Should this child be left alone to die because of the parental rights? The answer seems obvious.

The State’s power in relation to children should be very limited (as in relation to everything else). The principle of subsidiarity kicks in. The state is entitled to intervene only where parents are not exercising their control properly. It might mean negligence, abuse or unreasonable decisions that can harm child’s future or physical and mental health. Since children are not ‘common good’, as long as parents look after them with due care, the State is not allowed to interfere with their rights.

Finally, the question of the autonomy of the child must be considered. It appears as the child grows up and begins to think for itself but before attains the majority. It seems that parental rights as well as the state regulations must gradually retreat in order to make space for the autonomy as the child gets older. There is no need for parents to make decision as to the hair colour when the child is capable of making decisions on his or her own. The libertarian approach is all about the liberty an individual enjoys. This is not confined to adults only. As soon as children are mature enough to understand the world they live in, they should enjoy personal autonomy free from the state interference as well as too invasive parental control.

It seems that parental rights are of primary importance in relation to children. However, their control is not absolute and therefore there is space for very limited state intervention where parents fail to take proper care. Their rights are conditional upon the welfare of the child. Moreover, as soon as this child is mature enough to be capable of making his or her own decisions, it should be granted an extensive autonomy and personal liberty. 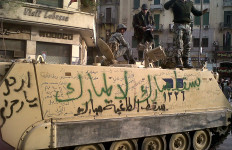 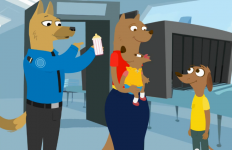 The State Monopoly on Legitimacy→ 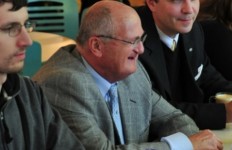