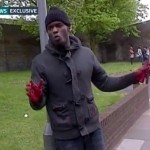 Today we experienced something many of us had either never experienced or forgotten. What better resembled a scene from a horrific war-zone, violent video game or a horror film was replicated on the streets of Woolwich in South-East London. For me personally, the emotion was not like something I have experienced before, having not really understood the 2005 bombings (having been 12 at the time). My first thought after seeing the video of the man brandishing his knives with his bloodied hands was, ‘Now I know how Americans feel about 9/11’. Of course, this is a huge understatement of the tragedy of 9/11 and I realise the two events are not comparable in terms of sheer quantity of violence and destruction wrought.

What is comparable however, is the feeling and reaction the attack has provoked. Initially, I find that there is a sense of disbelief, confusion, and desperation. Why here? Why us? Why has this place we call home been turned into a war-zone? How has this abhorrent horror come to visit our streets? Secondly, often because people fail to answer these questions, the same voices turn to anger, hatred and revenge. Today I felt the strength of the arguments that play on these emotions. Today I thought I could feel the power of the voices that want blood paid for blood lost. We all had the slightest insight of what it must have been like to be George Bush on 9/12/2001. And it scared me. 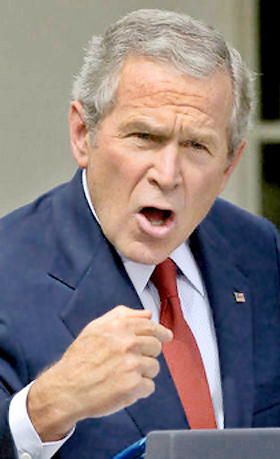 As readers might know from my previous articles, I approach libertarianism not just from a political or economic point of view, but also from a spiritual background. Anger incites anger, hate incites hate, and violence incites violence. Gandhi could not have put it better when he said, ‘An eye for an eye will make the whole world blind’. I believe that if you choose to hate someone, you are inciting more hatred in the world; you spread the hate to more people. In society, almost everyone plays into this game. The worst part is the game never ends; once you enter the game of hatred it only causes more and more hatred. The only way to stop this vicious disease is to refuse to enter into the game. There are few people that can live in a world where hatred and anger are rife, and turn away from them. However, I believe if anyone can, its libertarians.

Libertarians understand that the best, most favourable condition for humans to live in is freedom. As such, we recognize that we should not interfere with one another; we should not violate one’s right to be left alone. We should apply the same principles of non-interference that we have in economics and politics, to morality. I will attempt to show that if libertarians are consistent with our ideology, we should be the first to reject hate, anger and all violence. We do not think that we can correct the economy, or a business, by interfering with its practices. Rather, we think the free market naturally separates the good from the bad; through the selective discrimination of the free market we are left with only good, healthy businesses and a vibrant economy. The same principle applies in foreign policy; rather than interfering with a country (by applying sanctions and military intervention) we believe that it is more effective to show another country what the benefits of freedom and liberty are. By leading by example, we think we can improve the happiness and prosperity of the world as people embrace the ideology of liberty. These same principles applied to morality teach us that we cannot expect to correct character by violent intervention. We have to have faith in humanity and believe that if we apply a free market to morality, society would weed out the bad morals. We have to lead by example, by practicing rejecting the negative emotions of hatred and anger. I think this will be come to be shown as the next frontier for the ideology of libertarianism; the embrace of a spiritual pacifism, the acceptance of non-violence and the rejection of negative emotion.

I want to demonstrate the ‘hate-inciting-hate’ effect that I am talking about. Libertarians often warn about blowback; the unintended consequences of military campaigns. We recognize that the laws of cause and effect apply to war as much as they do to anything else. I believe today’s ruthless attack is just another example of this effect. Today’s event appears to have been motivated by radical Islam, with preaches that Muslims should attack Westerners since Westerners occupy their land in the Middle East. The actual facts of the issue (who’s land it is for example) are irrelevant to my point, it is the perception I am focused on. Westerners occupy or patrol much of the Middle East because of 9/11. 9/11 was, as Bin Laden said repeatedly, done because the West had been meddling in the affairs of Muslim Middle Eastern states for about 50 years, ever since the creation of Israel, the overthrow of the democracy in Iran, the installation of the Shah, and the numerous dictators supported across the region. The creation of Israel and the West’s desire to control came for the most part directly from the impact of the Second World War. This in turn was caused, at least in part, from the aftermath of the First World War. None of these actions justify the next, but they are important in understanding the reasons they happened. If we ignore the reasons, we will never understand and we can never hope of stopping them. The violence goes back and back; and it will never end unless we have the courage to reject it. I suggest this be the libertarian approach, and indeed the worlds approach, to the kind of tragic events we have seen today. 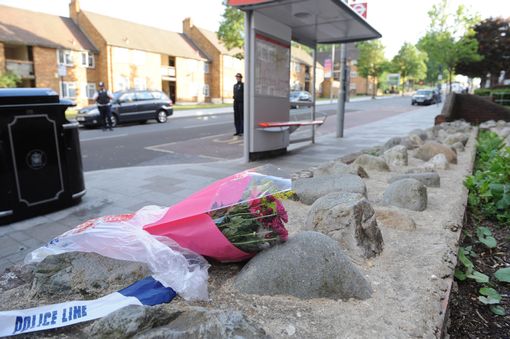 Flowers left at the scene