All of the offenders in question were serving time on charges related to crack cocaine, though two had other charges as well, for marijuana and methamphetamine respectively. Particularly notable was the case of Clarence Aaron, who was sentenced to life in prison for low-level involvement in crack deals. Aaron was present for one cocaine transaction and another attempted transaction, and received $1,500. Despite no prior criminal record, he received a sentence of life without parole in 1993 at the age of 24.

Mandatory minimum sentencing laws remove the traditional wider discretion judges previously had to choose their sentences according to the individual circumstances of the case. Those regarding drugs in particular were championed and widely applied during the Reagan administration as part of a zealous drug war effort. In 1986, during a time of public hysteria over crack cocaine, the amount of powder cocaine required to trigger a mandatory minimum prison sentence was set at 100 times the amount of crack which triggered the same sentence. This discrepancy persisted until 2010, despite widespread criticism and the unsupported nature of dramatic claims about the effects of crack.1

Obama referred to this as “an unfair system” and even noted that the sentencing judges themselves in some of the cases had objected to the excessive mandatory minimum sentences.2 The President signed a reform measure in 2010, known as the Fair Sentencing Act, to reduce the dramatic disparity in mandatory sentencing requirements between crack and powder cocaine. Those given commutations today had been charged under the earlier guidelines including the infamous 100-to-1 disparity.

The sentencing reform group Families Against Mandatory Minimums (FAMM) welcomed the news and noted that four of those to be released are members of the organization. However, the president of the organization, Julie Stewart, noted that the fundamental problem remains unsolved. “Even if President Obama used his clemency power energetically, which he has not, he simply wouldn’t be able to commute every excessive sentence. The sentencing laws themselves are the problem. Congress needs to get moving and pass mandatory minimums sentencing reforms that save the worst prison terms for the worst offenders,” Stewart said. The President has received over 8,700 commutation requests from federal prisoners, and outside of the most recent set of cases, he has only granted one.

Though not entirely limited to drug crimes, mandatory minimum sentencing is most notable as a particularly unpopular aspect of the War on Drugs, drawing objections even from many of the judges required to enforce the sentences.2 Various angles of criticism of this type of policy are well-documented, including its exorbitant cost, racially disproportionate impact, and contribution to an explosion in the prison population. As Attorney General Eric Holder recently admitted, federal prisons are operating at nearly 40 percent over their supposed maximum capacity, and nearly half of all federal prisoners are currently serving time for drug offenses.3 As Julie Stewart noted in an op-ed written together with Grover Norquist of Americans for Tax Reform, “the number of [federal prisoners] has increased from approximately 25,000 in FY1980 to nearly 219,000 in FY2012.” Further, “Since FY 2000, appropriations for the [Bureau of Prisons] have increased from just over $3.5 billion to more than $6.5 billion.” This situation has been criticized by both liberal and conservative groups, as well as libertarian sources.

It is true that the commutations do not go nearly far enough to remedy the basic injustice of mandatory minimum sentencing, let alone the war on drugs. However, this new move is one of several modest reasons for hope. According to the Bureau of Justice Statistics, the overall prison population in the US has actually decreased somewhat for the third consecutive year. This represents a reversal of a long-standing trend beginning in the late 1970s, and is largely due to measures taken by individual states.

Perhaps hoping to continue this trend, Attorney General Eric Holder announced his intentions in August of this year to scale back the prosecution of certain low-level drug offenses. Offenders with no apparent ties to gangs will no longer be subject to “draconian mandatory minimum sentences,” but rather “charged with offenses for which the accompanying sentences are better suited to their individual conduct.” The attorney general acknowledged the contribution of drug war policies to prison overcrowding, unsustainable levels of prison spending, and dramatic racial disparities in the criminal justice system. Although he does not himself have the authority to change the relevant laws, he pointed out that legislative action to limit the use of mandatory minimums could save the country billions of dollars.

Two bills to reform mandatory minimum sentencing policy, the Smarter Sentencing Act (S 1410) and the Justice Safety Valve Act (S 619) were also introduced earlier this year. Hearings on the latter were held in September. The measures have attracted both Democratic and Republic cosponsors, but have not yet been subjected to a vote.

Lastly, a recent poll suggested that a full 71% of the American public is in favor of eliminating mandatory minimum sentencing.

Thirteen further individuals were granted pardons for offenses, the sentences for which had already been served. Their full list of offenses involved not only crack, marijuana, and heroin, but also less controversial criminal charges such as theft, fraud, and money laundering. 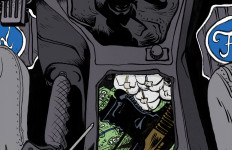 Video: Milton Friedman on the War on Drugs→